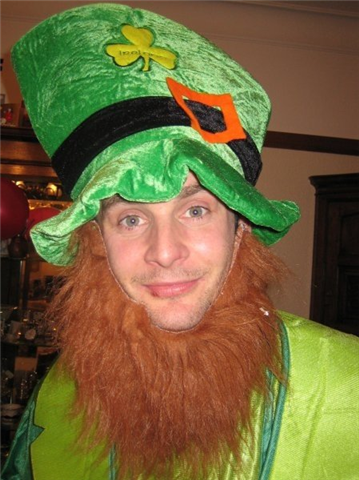 Andy 'Limey' Grinham is the King of Lime Juice. Often referred to as a demi-god by The Amish, he is single-handedly responsible for keeping scurvy at bay during the The Great Amish Migration of the early 18th century. With this new founded idol status he embarked upon a preaching tour of East Pennsylvania where he is thought to have 'baptised' over 3,000 'chosen' females. It is currently thought that over 1,000 Amish Andys reside in the USA. Once the Amish elders discovered Andy's indiscretions he was exiled to Britain where he now dresses as a leprechaun.